I’m a lot of things. Entrepreneur, Educator and Novelist. Unfortunately novelist doesn’t start with “E” or it would sound trade-markable. I meet a lot of people in my various roles (except the novelist one), and so many people say the same thing. “I’ve always wanted to…”

Last weekend, I was unceremoniously handed a box of all my remaining personal effects that had been gathering dust in different corners of my ex-wife’s house. What I found in there was a treasure trove of memories going back twenty years or more. My most valued find was a folder full of handwritten pages. It was a short story I thought I’d lost forever when my laptop was stolen a few years back.  I opened an old dusty folder- the kind they give you when you sign up for those useless societies at university, and it makes the first-years look all important in class having a fancy folder to keep your blank paper in. Well, there, in this dusty old folder, among sheets of sketches, and pages of handwritten jottings, was the original of the short story I’d written twenty years ago.

I was thrilled to recover the original story, but more so, I was reminded that I had always wanted to be a writer. Yet, somewhere along the way, I’d lost that dream.

It was only when Annie, my wife, prodded me to finish the book I was toying with at the time. My creative folder on my hard drive had about twenty or more folders, each with notes, pages, chapters, of books that were never finished. She bought me a smartpen for my birthday, and that was probably the second thing that helped me finally finish that book. I remember sitting in my study writing the final words of “Lost Soul – Immortality”, and throwing my hands up in the air in triumph. Of course the hard work of getting it published was still to come.

My second book followed less than a year later. “Porter’s Rule: Slave to the City” will be released by GWL Publishers in March 2015.

So, to all those out there who, like so many I’ve met, have always wanted to…I have to ask you the one simple question you’ve been avoiding asking yourself. Why haven’t you? 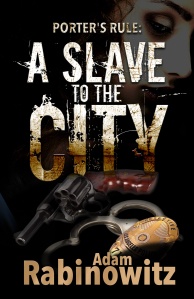 Porter’s Rule: Slave to the City 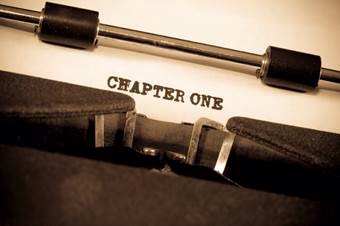